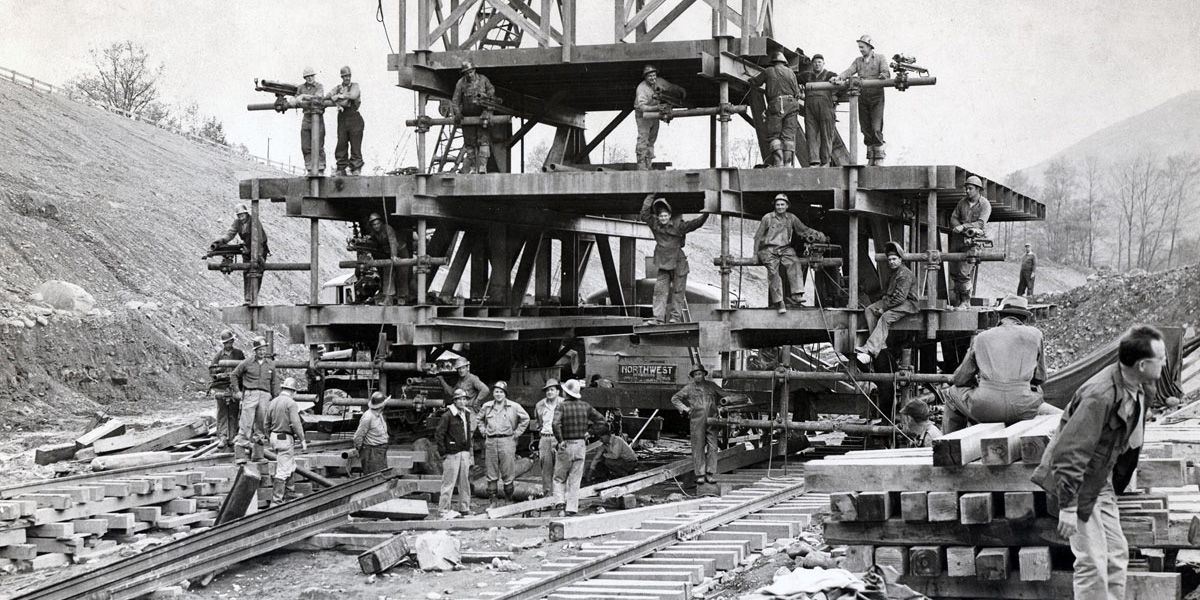 Even in its earliest years, Tutor Perini Corporation gravitated toward the most challenging and fulfilling efforts: projects of grand scale and complexity.

It began in 1949, when Albert G. Tutor launched a family construction business, A.G. Tutor Company, Inc. With a compelling combination of innovation and work ethic, the company found immediate success — an upward trajectory that continued when Ronald Tutor joined his father’s firm in 1963.

The organization continued its dramatic growth in 1972 through a partnership with N.M. Saliba and, in 1981, when Ron Tutor took the reigns as president of the Tutor-Saliba Corporation. The company continued to evolve into a major force, focusing on exceptional execution of massive, complicated projects.

With an eye toward strategic growth, Ron identified a potential partner in the Perini Corporation. Established in 1894 by Bonfiglio Perini — a stonemason by trade who happened to have a remarkable instinct for construction — the company had earned significant recognition for infrastructure work over its decades in business.

Seeing an opportunity to bring together two likeminded industry powerhouses, Ron Tutor led a recapitalization of Perini Corporation in 1997. In 2008, the companies officially merged to create a powerful, client-focused firm — Tutor Perini Corporation. Today, the company includes more than 20 wholly-owned subsidiaries located in the United States and throughout the world.